The latest version of the Microsoft Deployment Toolkit has been released:

Deploy Windows 7, Office 2010 and 365, and Windows Server 2008 R2 with the newly released Microsoft Deployment Toolkit 2012. MDT is the recommended process and toolset for automating desktop and server deployment. MDT provides you with the following benefits:

This release provides support for deploying Windows 8 Consumer Preview in a lab environment. 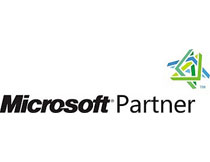